Our strength lies in having worked together for many years on a range of climate policy issues in various roles.  With our diverse specialisations, we complement and reinforce each other to form a high-performance team.

István is a climate policy professional with over 15 years of experience in climate policy development and management on a global, European and national level.  Between 2005 and 2011 he worked in the European Commission's DG Climate Action in Brussels where he was in charge of regulating and overseeing the EU ETS registry system.  In 2011, he was delegated by the EU to the climate policy team of Hungary’s EU presidency. Since 2011 he is based in Budapest and is working at Klimapolitika where he has advised government clients on ETS and climate policy-related issues in Kazakhstan, China, Ukraine, Moldova and Hungary.  He also regularly collaborates on climate policy-related research projects with various international think tanks, such as Ecologic, Climate Strategies or IDDRI.
In addition to his role in Klimapolitika, he is also the founder and managing director of the non-profit Climate Strategy 2050 Institute (www.csi2050.eu). Since 2015 he is the Co-Chair of Energiaklub Climate Policy Research Institute on a pro-bono basis.  With degrees in urban planning, law and political science, he has published several academic papers and articles about emissions trading, and climate policy in general.  He regularly speaks about climate policy at conferences and in the media. He is fluent in English, French, German and Italian. 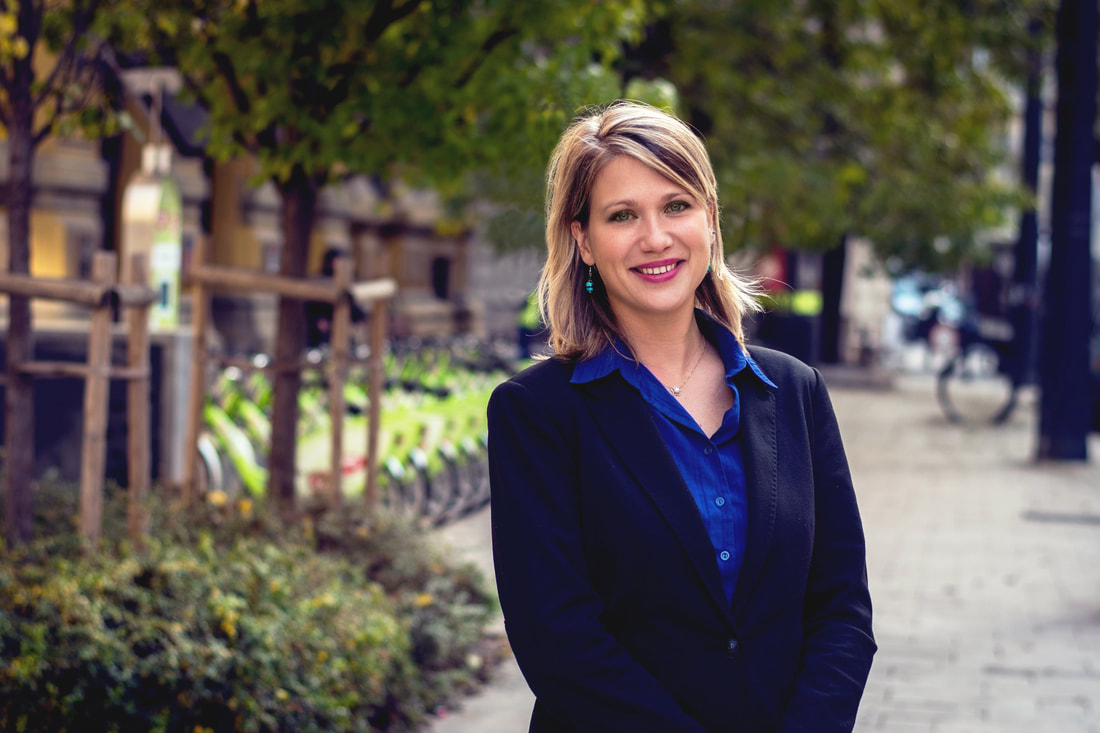 ​Dóra has worked on environmental sustainability for more than 10 years. She holds an MSc in Economics with specialisation in EU integration and marketing from the University of Szeged and an MSc in Geopolitics from the Institut Français de Géopolitique at Paris 8 University.
As an expert in environmental issues, she has worked for several public administration bodies.
Her experience ranges from climate change policy development through water management, waste management, nature conservation and biodiversity, to the teaching of sustainable development, mainly environmental economics, for university students. Lately she has been also using her skills in climate education for elementary school and high school students.
She was member of the Hungarian team that negotiated and tailored the EU’s climate-energy package for the 2010-2020 period, and participated in several UNFCCC and EU meetings on climate change.
She is bilingual in Hungarian and French and fluent in English.
​

Édua has worked on climate change issues for more than 7 years. Her experience ranges from research on adaptation in urban areas, water management and agriculture, through the analysis of implementation of mitigation policies (specifically on F-gases, transport) and participation in the international and EU emissions trading as well as the planning and operating of a Green Investment Scheme, to working on UNFCCC issues in the EU Presidency teams of Hungary, Cyprus, Lithuania and Greece (EU coordination for SBSTA negotiations for 4 semesters; co-chairing EU Expert Groups on Means of Implementation, Flexible mechanisms and Adaptation under different settings; assistance to EU outreach activities).
Prior to working on climate change, Édua was a management consultant in the financial sector. She graduated with degrees in International Management (Brussels), Finance and Marketing (Budapest) and is currently a student in Environmental Engineering. She is fluent in English and French and is proficient in Italian.
Gergely GUBACSI - Klimapolitika external EUETS senior expert and managing director at Interzona Climate Change Advisory
gergo@interzona.hu,

Gergely has been active in the emissions trading business for the last 15 years providing consultancy services to installations, industry alliances and other private entities.  He graduated as an economist (MSc) and started his career at Deloitte Ltd where he adopted Japanese efficiency improvement philosophies to refine the shop-floor operations of manufacturing companies.  Later having been involved in heavy financial modeling of mobile operators, it wasn’t a big change to apply his modeling and project management capabilities and step into the climate change business in 2003.
Gergely’s own company, Interzona Climate Change Advisory and Management Consulting Ltd. was founded in 2005 to offer complex project management services including emission and allocation modelling, monitoring system design, custom application development to assist CO2 emissions reporting, GHG permitting and quota application to EUETS and Kyoto installations.
Gergely continues to provide installation level services through his own company, and at the same time contributes to Klimapolitika's policy advisory team with his in-depth EUETS installation level knowledge, thorough monitoring and reporting expertise and general consulting and project management skills.